Lama Yeshe’s instructions to our community in August 1981.

“Listen to Everyone’s Problems With Love” 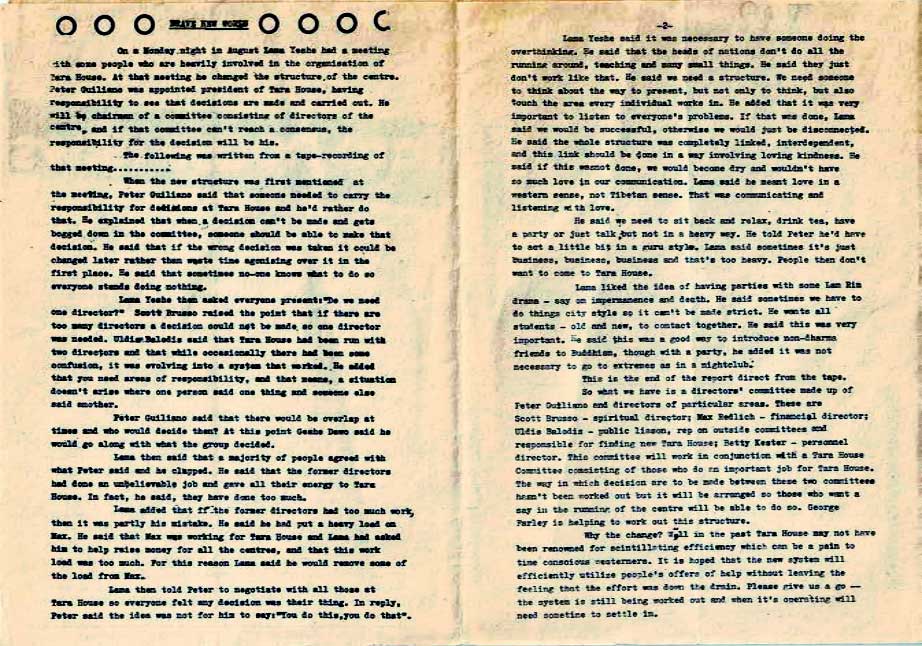 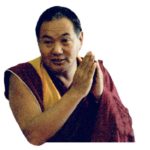 Lama Yeshe said it was necessary to have someone doing the overthinking. He said that the heads of nations don’t do all the running around, teaching and many small things. He said they just don’t work like that. He said we need a structure. We need someone to think about the way to present, but not only to think, but also to touch the area every individual works in. He added that it was important to listen to everyone’s problems. If that was done, Lama said it would be successful; otherwise we would just be disconnected.

He said the whole structure was completely linked, interdependent and this link should be done in a way involving loving kindness. He said if this was not done, we would become dry and wouldn’t have so much love in our communication. Lama said he meant love in a Western sense, not Tibetan sense. That was communicating and listening with love.

He said we need to sit back and relax, drink tea, have a party or just talk but not in a heavy way. He told Peter he’d have to act a little bit in a guru style. Lama said sometimes it’s just business, business, business and that’s too heavy. People then don’t want to come to Tara House.

Lama liked the idea of having parties with some Lam Rim drama — say, on impermanence and death. He said sometimes we have to do things city style, so it can’t be made strict. He wants all students old and new to contact together. He said this was very important. He said this was a good way to introduce non-dharma friends to Buddhism. Though with a party, he added, it was not necessary to go to extremes as in a nightclub.