A couple of people have suggested that I was sacked because I offended the EC in my first missive in mid-December 2018.  It was not my intention to criticise anyone at all, in fact I would be stunned if it turned out that the EC was not already aware of the issues I raised. Nonetheless, I do not shy away from what is simply a demonstrable fact; TI grew quickly in the 1980s but has ceased to grow in the 30 years since then. The figures are not an opinion.

We have failed to train new people to run the Centre and are suffering from that. 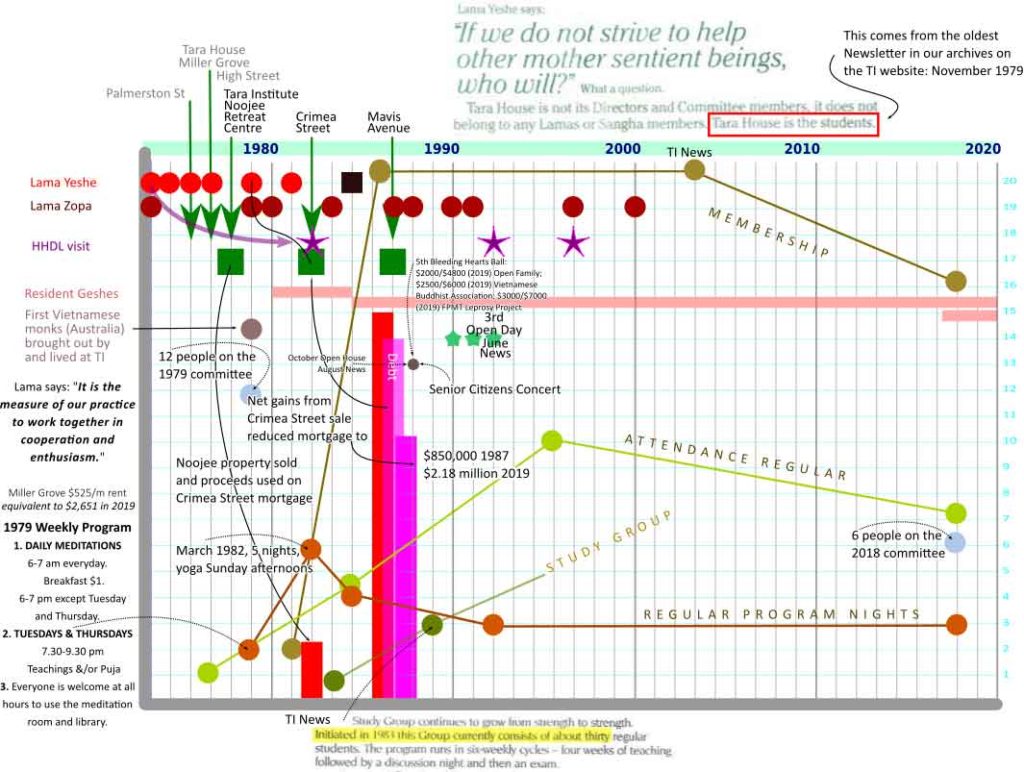 How TI has Traveled Since 1974

You may not be aware of how TI performed from 1974 up to 2018, so here are two chart that will give some overview of the figures that make it easy to compare.

I’ve used inflation sites to calculate the dollar values in 2019 terms so that you can get a better sense of comparative debt and running cost burdens that have been taken on over the period.

Key things I point to: 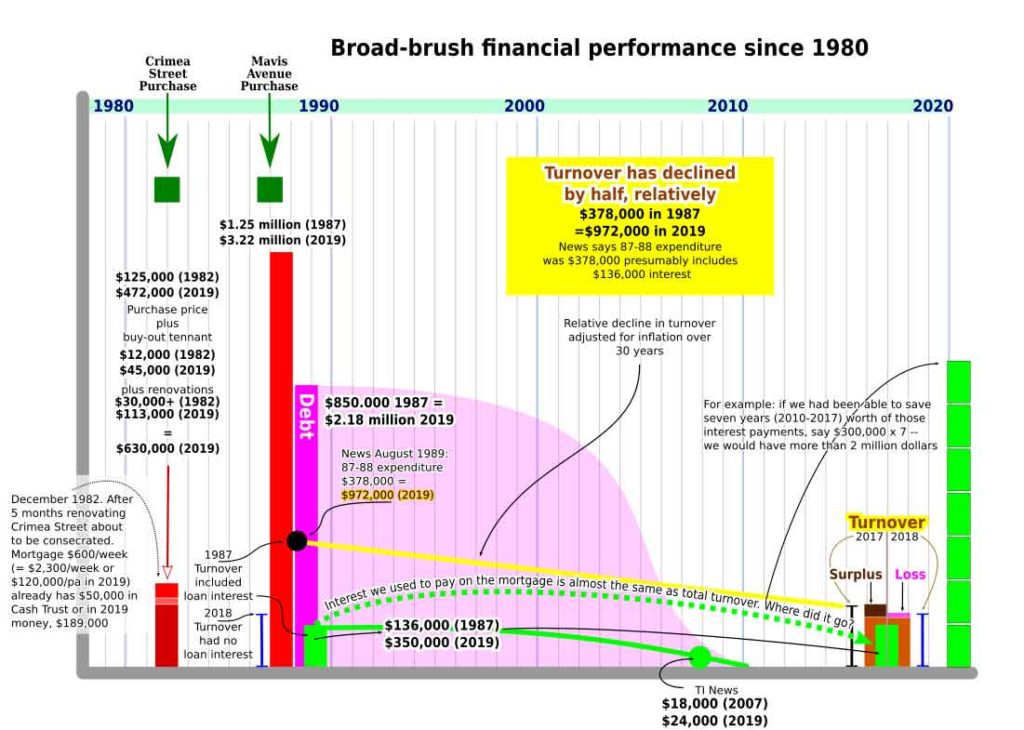